Hello Hello! My name is Ali Hannah and I am from New Jersey, and no, I do not sound like our infamous reality TV-star, Snooki! I attend Rider University back home and there I am studying Marketing. I have been at the University of the Sunshine Coast (USC) since early July and I will be staying here until late November of 2019!

While at USC, I have been fortunate to explore a lot of the east coast. The location of USC is perfect because it is pretty much in the middle of the east coast, you can head down to Sydney for a weekend or go up to Cairns very easily with just a short flight.

On the Sunshine Coast, my favourite places to explore are the Glasshouse Mountains and Noosa. The Glasshouse mountains are STUNNING! They are a set of mountains that tell a story – or well so the Glasshouse Aboriginal Legend says… but that is a story for another day. Noosa is unarguably the prettiest beach on the Sunshine Coast. It is made up of coastline and trails that lead to the ever-so-popular fairy pools (definitely a must-see)! If you have the chance to explore the north shore of Noosa, put riding horses on the beach on the to-do list! Noosa Horses is a great company to do it with.

South of the Sunshine Coast, I have been to Brisbane, Byron Bay and Sydney. Brisbane is an amazing city, it isn’t too populated, but populated enough to feel urban. Brisbane is much cleaner than cities I’m used to (Philadelphia and NYC). The crime rate is lower than what I am used to too so I felt comfortable exploring. A cool thing about Brisbane is that you can rent e-scooters all around the city and they are a ton of fun! Byron bay is another great town. It is very laid back and relaxed. I also got to see Byron Bay from exciting heights while skydiving! (I would 2000% recommend!!) Sydney is another fantastic city. Sydney’s Opera House is on everyone’s bucket list as a must see! It was very beautiful. Aside from that, the city itself has great views, restaurants, and places to explore. Bondi Beach is only a short drive away and this beach was my favorite part of my trip to Sydney! Not only are the lifeguards REAL from the popular show “Bondi Rescue”, the beach itself is even prettier in person. There is a walk along the coast that will take you to more secluded beaches as you go. 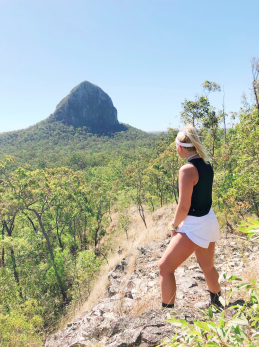 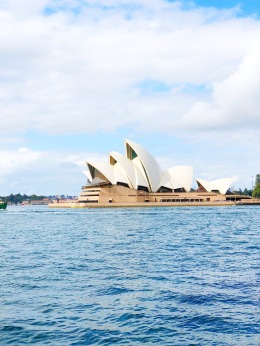 Over my semester break, I travelled up to Cairns which is located in Northern Queensland and is very tropical! While in Cairns, I went to the lagoon (pool) which Cairns is known for. It is the only place to publicly swim because there are crocodiles in the water… yeah… scary! Crocodiles in the ocean is definitely something I was not used to as a resident of New Jersey! I also went to explore the Daintree Rainforest which was very pretty and historical as it is the oldest rain forest in the world – but again, you have to watch out for the crocs! Another item to cross off the bucket list was snorkelling at the Great Barrier Reef! The reef was so beautiful and that was one of my favourite days of my whole experience in Australia. The sky rail in Cairns is also a must-do while you are there. It takes you to new heights and a new perspective to explore the rainforest. It will take you by some unbelievable scenery.

I hope anyone who wants to come here can get the opportunity to. You will not regret it!! 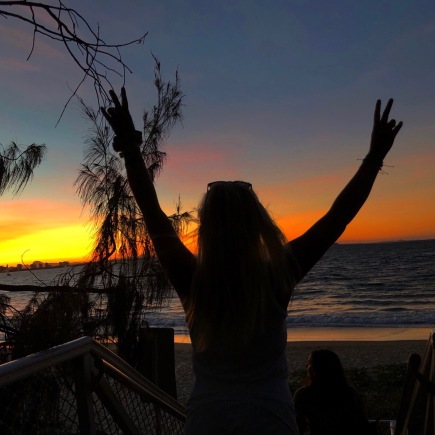 Interested in studying at USC in 2020? For more information and how to apply, visit: Study Abroad at USC